Apple VS Nokia: Who wins the social media war?

The hype machine went into overdrive as the eyes of the tech world centred its eyes on the Apple headquarters in California this week for the release of the Apple 5S and 5C.

The result? Meh. The new features of the 5S didn't impress enough for investors to be confident they would win big in a crowded smartphone market. In fact, some of thecoverage was pretty negative.

As for the 5C, observers remarked that it was not cheap enough to compete in the Asian markers, where companies like Samsung and Huawei have a wide lead with Android phones.

On social media, Apple's rivals were very quick to get a boot in. Samsung spent some of its marketing budget on a trending topic advertising the Galaxy smartphone and watch. However, it was Nokia that came up with effective ripostes on its Twitter and Facebook pages that didn't cost a penny. 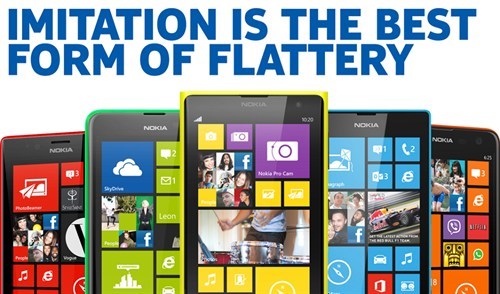 Before the iPhone launch, Google got into the act, creating a humorous video promoting its new Android KitKat 4.4 operating system with a video mocking Apple's distinct advertisement style.

Apple's marketing strategy is very different. There are no social media links from its website. Its Facebook page has 9.6 million fans – but is never updated. It doesn't have an official presence on the Twitter handle @Apple, although it does have an @appstore page.

Apple has never really needed a social media presence. The brand is so powerful that it can do the opposite of what everybody else is doing. And its attitude to social media matches what it has with its products and its general PR – it’s all about control. There's no need for Apple to tweet or post, because its fans are going to drive conversations on their own.

This can only work if there is love for the product, and there's no denying the passion of Apple's fans. But with the negative reaction towards its new smartphones and lack of a really game changing device in some time, will this change?

That’s for its marketers to decide - but do you think it's the right way to go?