Social media, especially Twitter, plays an integral role in communicating at industry events. Event hashtags have created an entire realm of digital conversation, taking place during a focused point in time, and connecting deeply with a niche audience. The opportunities for brands are clear.

When done right, a company’s social presence at an event can show the business to be a thought leader, help to make authentic connections, expand the company’s reach, and maybe even show its human face.

Metia did all this with Dell EMC at Educause, the essential annual conference dedicated to IT in higher education in the USA.

Leading up to the event, the Metia social team worked with their counterparts at the Dell EMC education marketing team to prepare an event specific content plan and editorial calendar to support their event goals and objectives. A Metia social media strategist was then despatched to cover the event as a reporter on the ground. This year Educause took place in Anaheim, California.

Live reports shared the latest and greatest in technology for the education sector from the event live on Twitter for both attendees and those who were unable to make the trip, giving the latter a glimpse into what was taking place at Educause.

The Metia social team were able to share live videos from Educause using the real-time video app Periscope. This live content included interviews with edutech thought leaders and various great technology demos, like the Dell S560T Interactive Projector that can turn any classroom surface into a touchscreen!

We also formed a partnership with the Dell EMC Social Media Center from the exhibition booth. By using various social listening tools from our partner Brandwatch, the Metia team were able to identify which topics were trending on the #EDU16 hashtag in real time, and then use them to inform how we told Dell EMC’s story at the event.

One last contributor to success—and maybe the one that Dell EMC had the most fun with—was a one-hour Twitter Takeover of the @DellEDU account by Dell EMC Managing Director Jon Phillips. With Metia's support, Jon took over the Twitter account and then guided us around the Educause show floor, giving @DellEDU Twitter followers and anyone following the #EDU16 hashtag a look at the conference through his eyes.

According to Brandwatch, Dell was the #4 trending topic on the #EDU16 hashtag for the first day of the event. Twitter posts delivered over 100,000 impressions, all of which were organic with zero advertising dollars behind them.

Most importantly, the Dell EMC team were pleased to see intelligent conversation and thoughtful commentary from education professionals during the live Periscope video broadcasts.

And, showing that you can never be totally certain who is watching online, the Nestle Toll House’s official Twitter account reached out to Dell EMC when Jon Phillips had his picture printed on a cookie during the Twitter takeover (because everyone loves cookies)! 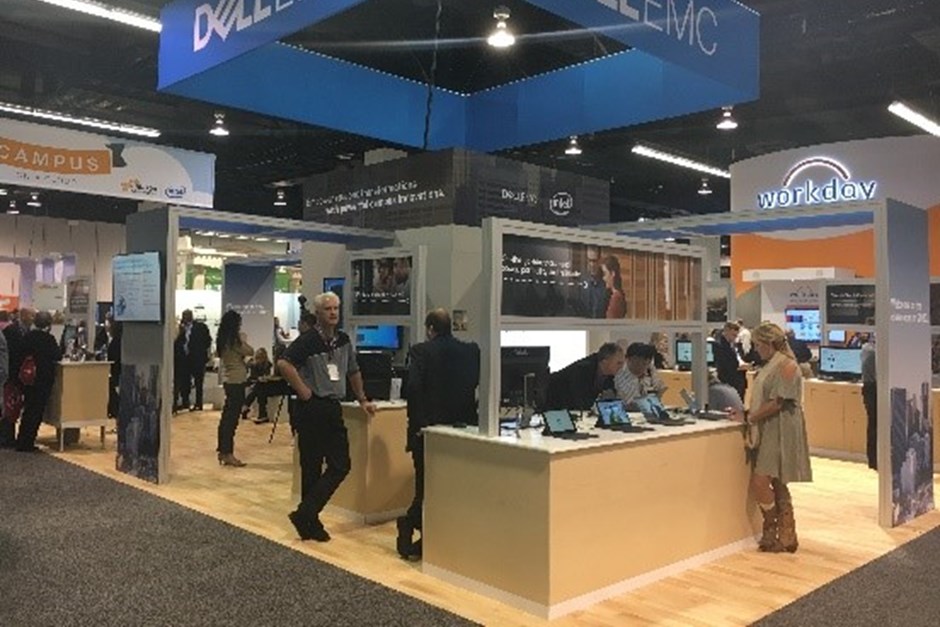 Content Social Education Awareness and Preference
Previous All Next