As marketers’ we love to see clients both past and present unveil new brand initiatives. More so, when they are bold enough to embrace change on a fundamental scale.

In the case of Capita, it was clear that a change-up of the brand was necessary to address challenging market conditions and perceptions, both internally and externally.

Helping to create and define modern outsourcing in the 90s, Capita is a long established and credible name in the UK. Large, successful projects in the public sector helped Capita carve a name for itself. It was relentlessly successful over a very extended period-of-time excelling in share price, growth, contracts – by all measures it outperformed.

Then a year or two ago, Capita experienced that uncomfortable wake up moment. Challenges mounted, and as part of a root and branch rethink of its business Capita reviewed its brand and whether it suitably expressed its new vision and purpose. The business’ brand was reflecting too much of its legacy and not enough of its future. Change was needed.

Capita’s new brand, which launched three months ago, marked a fundamental shift for the organization. The new look evokes a positive emotional response by reflecting the outcomes of the projects it delivers, which help make people’s lives fundamentally better, easier, healthier and safer.

Here in London it’s been hard to avoid Capita’s makeover. From contract wins and positive headlines in the media, to large displays on Waterloo’s full motion digital landscape screen.

Where the old brand was safe, the new brand is far more dynamic, striking and progressive. It is now representative of the company’s modern values; open, ingenious, collaborative and effective.

The refreshed identity puts people at its heart and clearly reflects its commitment to delivering better outcomes for its customers and its shift to consulting and services. It’s a concept, the business has been delivering for some time, but not something which has been visible externally, until now.

From helping to keep two million flights and 250m passengers safe in British airspace, to providing the services and infrastructure the UK armed forces depend on every day, Capita is at the heart of everyday lives in the UK. And wants us to know about it.

A shift in focus

Like many technology businesses, historically the business focused less on the impact it delivers, more on the technology and how its products work.

The new approach evokes a clear emotional connection with audiences looking to embark on a similar transformation. The use of bold colors immediately awards it a distinctive edge.

By putting the human element at the heart of the new brand and communicating in a language people understand, Capita is much better placed to reposition the way they engage with existing customers and attract a wave new of future customers.

Disclosure: Capita is a client but we didn’t have a hand in their brand refresh. Commendation goes to Landor for their great work on this rebrand. 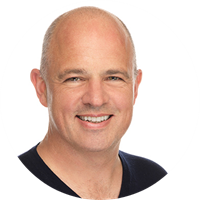