Chrome just ate your cookies. What are you going to do about it? Google has announced that within the next two years it plans to withdraw support for third-party cookies within its browser Chrome.

Cookies – snippets of code dropped onto your computer to help websites identify you – are the cornerstone of digital advertising, and fund much of the free online content and services we consume. The third-party cookies Google aims to retire allow websites other than those you’re browsing to track your behavior – allowing advertisers to identify and target you, even if you’ve never visited their website.

Google’s move to ditch the third-party cookie comes amidst increasing scrutiny for advertising platforms, not least from increased privacy regulation in the wake of various malpractice scandals.

This move further cements Google’s stance on privacy after the Internet giant also announced its ‘privacy sandbox’ and SameSite rules, the latter of which are due to go live this February and mean third-party cookies will only be accessible over a secure HTTPS connection. This is big news for advertisers and will make it increasingly difficult to track users across the Internet.

Chrome is the dominant browser, so this is a big deal

Chrome is the conduit for around 65% of all online traffic so it’s a change all advertisers cannot take lightly. Apple began restricting cookie capabilities for Safari with its Intelligent Tracking Prevention in 2017 and despite Safari’s much smaller market share (just under 20%) the impact was keenly felt.

Segmenting users who had already visited your website became more difficult. With no third-party cookies, users could not be recognized as they browsed the Internet. They became anonymous to the websites they browsed and advertisers couldn’t retarget them.

If we rely on cookies alone for audience segmentation and media planning, retargeting as we know it will be dead and all the data advertisers hold on people visiting their sites will be lost – at least for the purposes of targeting them elsewhere on the Internet. Scrapping the cookie also presents the danger of monopolization as media owners rush to productize their vast tracking data.

Despite the dramatic change, all is not lost. Publishers must build new strategies to collect their own first-party data. This could mean the gating of more content and requesting that visitors log-in to view content.

Some supply side platforms (SSP) – the technology platforms that enable web publishers to manage their advertising inventory – have begun partnering with unified ID providers, enabling tech platforms to sync up and allow advertisers to better track their audience across a multitude of online locations instead of trapping tracking capabilities within one ecosystem.

Finding unified ID providers independent of media owners would be preferred, allowing advertisers to take back control over their data instead of relying on media partners which can pull the plug at any moment. Currently the scale isn’t quite there for unified ID providers, but testing the options is imperative so as an increasing number of platforms make the switch, advertisers are prepared to move over to a unified ID system.

The change isn’t scary. Its exciting. Google’s privacy sandbox initiative calls for suggestions from other players, opening the door to innovation and new approaches to segment and track audiences. An opportunity exists for forward thinking vendors to change the fabric of digital advertising.

Marketers should take a measured approach

While Google’s decision will force change in the industry, ditching the cookie overnight will be impractical for most marketers – as replacement systems are still immature, lacking the scale and reach third-party cookies currently offer.

Smart marketers are researching new approaches for targeting their audiences and are getting ready to test and learn through pilot projects – accepting that solutions may not scale across their businesses until technology such as unified ID matures.

It’s fair to say many businesses were caught flat-footed by the arrival of the General Data Protection Regulation (GDPR) in the European Union and California Consumer Privacy Act (CCPA) in the United States. It’s essential that marketers are better prepared for the death of the cookie. 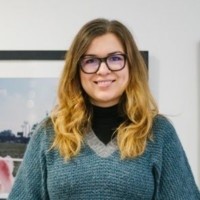