Internet Pirates! Four strikes and ... you're not out?!

Has internet piracy been effectively decriminalised?

Possibly. Major internet service providers (ISPs) and representatives from the UK's creative industries, together with the support of government, is embarking on a new strategy in 2015 which will see persistent file-sharers being sent four warning letters.

Nothing. No further action will be taken. Participating ISPs will simply alert and advise subscribers that their accounts have been used to infringe copyright, offering advice on where to share legitimate forms of entertainment content.

Many people will find this strategy surprising. After all, illegal file sharing has been the bane of the entertainment industry for some years, causing problems for music, film and gaming that has been said to have caused the loss of hundreds of thousands of jobs.

Steve Kuncewicz, head of intellectual property and media at Bermans LLP and expert on internet law, told The Independent: "If I were in the content industry I’d be very angry about this, because the Government is pretty much abrogating its responsibility to take any kind of action. There’s no punitive measure allied to any of this initiative."

But he then went on to say, "The law is the law, but the problem is that pursuing every infringement of the law is a very expensive business."

And that's the rub. So many people are downloading pirated content on a small scale that it is pointless and unenforceable to crack down on everybody who does it.

People in the entertainment industries agree. Last year 60% of British games developers said that piracy was a problem, according to trade industry Tiga. 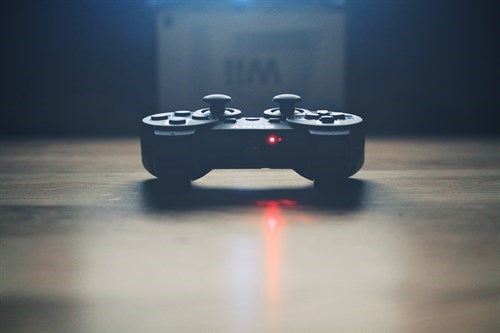 However, the large majority of them didn't see punishment and a crackdown on players downloading their games as being the answer - 87% though that new business models was the best way to combat piracy, with only 10% saying stricter enforcement of intellectual property rights was the right option.

And that's probably the reasoning behind the softer approach. It's difficult for fear tactics to work for everyday illegal downloading unless there was a real risk of punishment - and there isn't.

Some see it as far better to make them aware of legal forms of downloading, which can be easier, quicker, better quality and of a price that people can afford.

After all, what would offer the better experience - a free download or stream that runs blurry on your laptop, or a high quality experience with the aid of your TV's HD screen?