It's been well documented that on Christmas 1914, there were widespread, unofficial ceasefires between opposing German and British soldiers across the Western Front. They have been long regarded as a unique and romantic counterpoint to the true horrors of World War 1, where millions died in one of the deadliest conflicts in history.

And now a video has been shown ahead of Christmas 2014 which shows a dramatisation of this period – a beautifully shot and haunting film which shows that whatever the tragedy and wastefulness of two opposing forces killing each other, there was humanity on both sides. 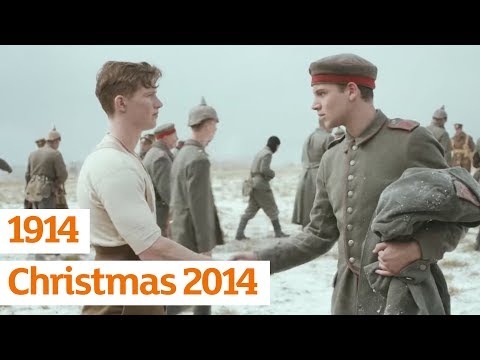 It’s a great ad, no doubt about it. Responses to it have been emotional – it really does tug on the heartstrings for many people. But it has also polarised opinion – a sizable minority has been offended by the fact that it is an advertisement for the Sainsbury's supermarket chain.

World War One was a dark and horrific time in human history. And nobody thinks it's a bad thing that people are reminded of what happened. But for some, the issue is that they believe the Sainsbury's brand is cashing in on the recent Remembrance Day and emotional responses that people would naturally feel about it – to sell groceries.

The main response to this is to point towards the endorsement by the Royal British Legion and the fact proceeds from the chocolate bar in the advert are going to the organisation. But is that enough?

The Sainsbury's ad was the latest salvo in the Christmas ad wars – John Lewis fired a pretty good shot with its Monty the Penguin advert. Again going for the heart with a cute little story about a little boy trying to find a mate for his imaginary penguin friend. 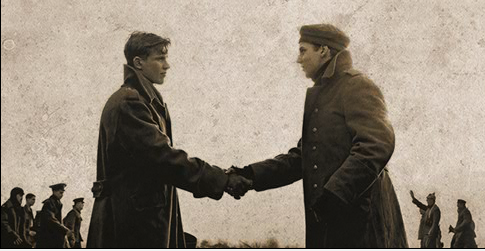 Sainsbury's has gone in a different direction with a risky ad that it may look back and acknowledge some may have felt was a shameful attempt to make money from the tragic deaths of millions.

But the majority of viewers have got behind the ad because, well, it's very good and does make people remember the fallen – likely provided with a budget that only huge brands like Sainsbury's could afford.

To appease this minority, maybe Sainsbury's could have promoted the ad as a tribute to the soldiers of World War 1 without the use of the logo at the end, which does make it feel like a corporate cash-in.

But most people aren't bothered about the marketing aspect, and the criticism Sainsbury's has been given is most likely worth the column inches and conversation it has encouraged both online and offline, which may give them an edge in the Christmas shopping wars.