of legal and business 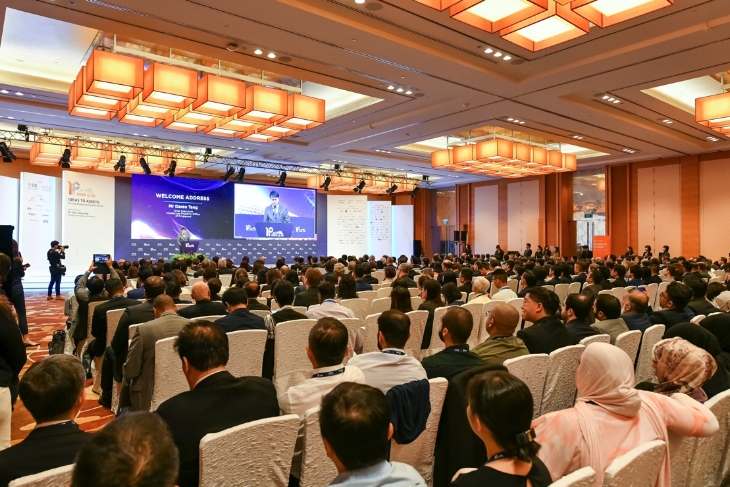 For previous events, IPOS generated demand through direct response techniques such as direct mail, email marketing and later funnel tactics, focusing on the immediate run-up to the event. To refresh the approach IPOS worked with Metia to deliver a longer-term campaign to build and capitalize on far greater awareness of IP Week @ SG among its target audiences worldwide.

IPOS needed to spark and sustain interest with each audience group.

Given the diversity of interest between global business leaders, policy makers, lawyers and academics, a single overarching narrative would not work. Instead, Metia helped IPOS develop separate narratives and content streams for each segment, gaining a deep understanding of the challenges and motivations of each target persona.

This approach led to content that informed, educated and stimulated action from the each of the target audiences at the heart of the campaign.

Establishing an audience to test and adapt

Using Metia’s advanced Micro Profiling techniques we were able to analyze the IPOS audience ecosystem to understand the attributes and motivations that defined each target persona. Using this insight, the Metia Demand team were able to create tailored streams of highly targeted, relevant content to support the entire sales funnel.

Throughout the campaign Metia’s Active Optimization approach provided a proactive cadence to testing, adapting and correcting strategy. The team were able to test content hypothesis mid-campaign, delivering outcome-led performance improvement by shifting budget quickly behind campaign streams that were providing the most value to IPOS.

The approach taken by IPOS and Metia was a significant commercial success, resulting in 1,690 ticket sales directly attributed to the campaign.

Return on investment of

Previous All Work Next